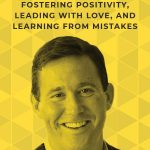 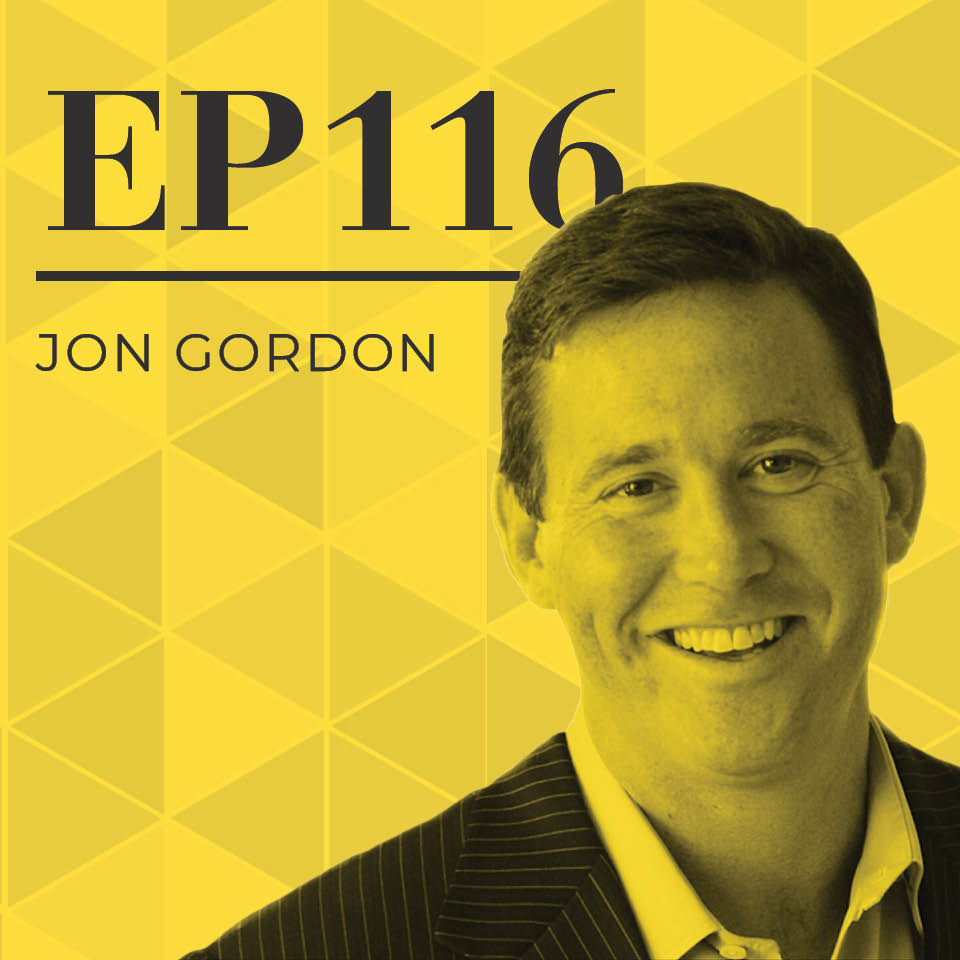 Ep. 116:Fostering Positivity, Leading with Love, and Learning from Mistakes with Jon Gordon

Ep. 116:Fostering Positivity, Leading with Love, and Learning from Mistakes with Jon Gordon

Have you been feeling like life is getting you down? This year is so unprecedented in so many ways, and it can be so hard to stay positive. That’s why I’m so excited to talk with the wildly popular bestselling author Jon Gordon about the secret to staying positive even when life gets you down. It’s time to learn from your mistakes, foster positivity, and focus on love instead of fear!

Jon is the author of 20 books including The Energy Bus, The Coffee Bean, The Power of Positive Leadership, and his latest book Stay Positive. (And if you’re already impressed because 20 books is a lot, just wait until you hear how quickly he’s written some of them!) He’s inspired people around the world, and his principles about positivity are used by everyone from CEOs to professional athletes to schools.

You might be surprised to hear Jon reveal that he’s not actually a naturally positive person, despite what lots of people think. But he credits his success to this, because it meant that he needed to learn to be positive and can help guide others to do the same!

Jon originally realized he needed to change after his wife called him out on his negativity. He started researching ways to be more positive, which eventually led to writing a book and discovering his life’s work: guiding others into a more positive existence.

You’ve probably heard all sorts of variations on the idea that you need to listen to yourself. Jon has a different and powerful perspective: instead of listening to yourself, you need to talk to yourself. When negative thoughts arise, don’t listen to them. Speak truth to them instead! Worry isn’t going to get you anywhere, but hard work and focusing on positivity will.

Tune in to learn how you can cultivate positivity in your own life, what Jon wishes he had known earlier in his journey, and why building relationships is so vitally important. After all, no one creates success alone!

[00:45] – This episode is brought to you by Elite Blog Academy! Right now, you can grab your FREE copy of Ruth’s bestselling book How to Blog for Profit (Without Selling Your Soul)!
[01:49] – We hear about today’s guest, bestselling author Jon Gordon.
[03:42] – Jon gives an introduction to who he is, what he does, and how he got to where he is now.
[06:27] – In 2006, Jon wrote a book in just a few weeks. He talks about the process of getting it published, including the many rejections.
[10:21] – Jon talks more about his initial book tour, including how it helped launch his larger career.
[14:42] – How long did it take between Jon’s impactful conversation with his wife and writing his first book?
[16:40] – We hear about how Jon’s parents felt about his journey.
[17:30]– Ruth shares her own experience with how she discovered Jon’s book. She asks Jon what inspired Jon to write his new book Stay Positive.
[21:28] – What is one of the hardest lessons that Jon has ever had to learn?
[25:24] – Ruth and Jon talk about how much of the stress he was under during the time he’s talking about.
[27:21] – What does Jon know now that he wishes he had known earlier? If he could go back and give himself one piece of advice, what would it be?
[30:30] – We hear more about Jon’s relationship with his wife, including her response to how much she likes being married to him on a scale of 1-10.
[32:26] – Jon talks about the role of fear in his life, including how he’s learned to move past it.
[35:06] – We learn what’s coming up next for Jon, and what he’s fired up about working on right now.
[37:35] – What’s the best piece of advice that Jon has ever received, and why was it so meaningful?
[40:17] – Jon shares some final words of wisdom, and talks about where people can find him online.
[41:41] – Be sure to check out Ruth’s TED Talk: Conquer Your Fear Instantly–Here’s How. And if you have any questions, ideas, or guests you’d like to hear, send Ruth an email at ruth@livingwellspendingless.com or message her on Instagram.