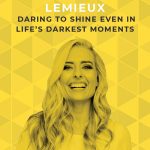 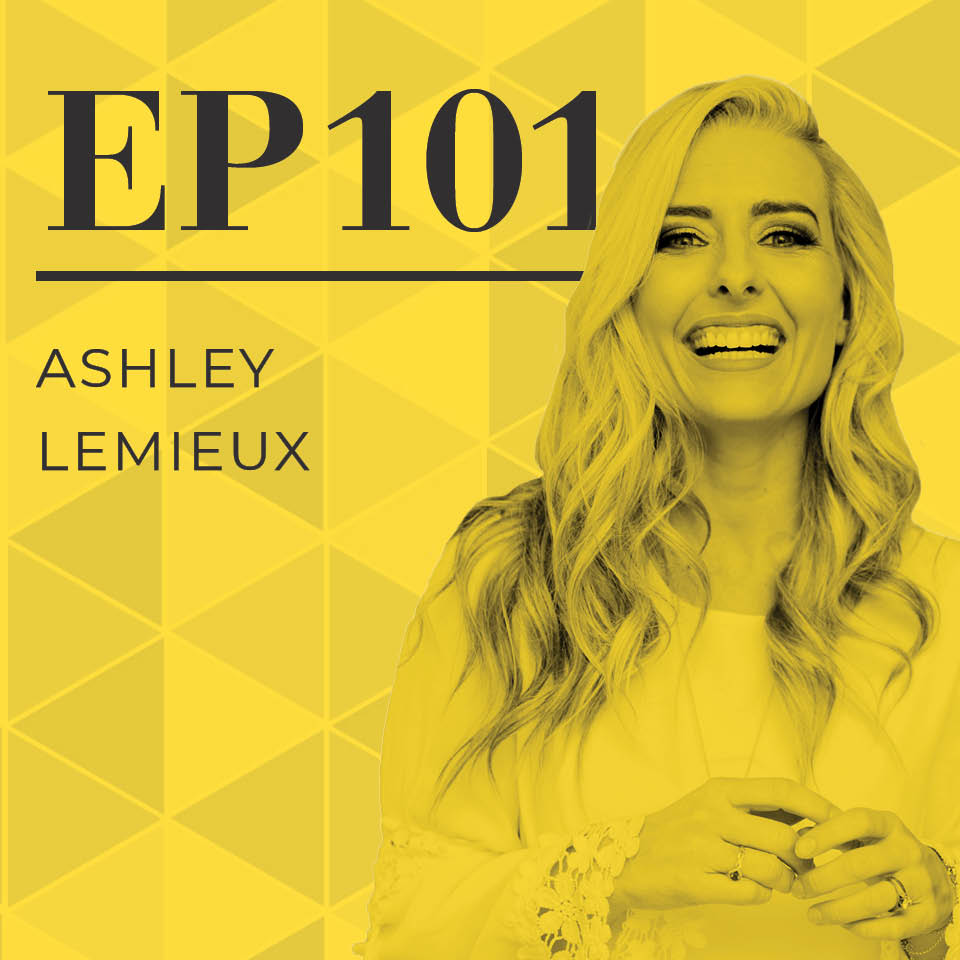 Ep. 101: Daring to Shine Even in Life’s Darkest Moments with Ashley LeMieux

Ep. 101: Daring to Shine Even in Life’s Darkest Moments with Ashley LeMieux

If you’re a mother, can you imagine the pain of having your children ripped away from you? The incredible Ashley LeMieux experienced exactly that, when an unexpected contested adoption ripped her two children away from her without even a chance to say goodbye. But instead of letting that tragedy break her, Ashley found a way to keep on shining.

Ashley is an author, entrepreneur, speaker, social warrior, and founder of The Shine Project, a company that teaches first-gen college students how to make products that they can sell through the Shine Project to help fund their college journey. She’s also the author of Born to Shine, a practical guide to shining through life’s darkest moments. She’s committed to helping others reignite the light within themselves.

About nine years ago, as a broke newlywed college student, Ashley started on the path that would lead to where she is today. As she was trying to figure out what would fulfill her in life, she helped teach a class that prepared juniors and seniors in high school to go to college. After Ashley graduated, she was determined to figure out a way to use her growing blog as a platform to help students who wanted to go to college. She launched jewelry sales on her site, hiring first-generation college students to make the jewelry.

Her business grew quickly, until suddenly, everything changed. Ashley and her husband unexpectedly became permanent guardians to a 4-year-old and a 6-year-old. They raised the kids for four years before being blindsided by a contested adoption. Tragically, they lost custody of the children. As if that wasn’t bad enough, while Ashley’s attention was on her custody struggles, part of her team at work betrayed her. She felt like the rug had been pulled out from under her in every part of her life, and had to figure out how she wanted to move forward.

This is an incredibly powerful episode that will give you a glimpse of the depths of Ashley’s grief while inspiring you to let your own light shine. If you’ve ever struggled with grief, loss, feeling stuck, or just knowing that you’re not living your best life, don’t miss this inspirational conversation with a truly dazzling woman.

[00:49] – This episode comes to you courtesy of Elite Blog Academy. Right now, you can get a FREE copy of Ruth’s book How to Blog for Profit (Without Selling Your Soul), completely updated and revised for 2020!
[01:51] – Ruth introduces today’s guest, Ashley LeMieux.
[04:08] – Who is Ashley, what does she do, and how did she get to where she is now?
[07:49] – We hear about how Instagram helped the Shine Project grow in its early stages.
[09:06] – The next steps of Ashley’s journey weren’t easy ones, involving losing children who she had raised for several years.
[11:51] – What did Ashley’s pivot look like? She answers, then talks about the logistics of making the changes she needed.
[14:52] – Ashley talks about the Born to Shine tours that she went on last year.
[16:03] – We hear more about Ashley’s book Born to Shine, including her devastation at initially being told “no” by 30 publishers.
[21:18] – Ashley shares how she and her husband became guardians to the two kids she has talked about, as well as the heartbreaking story of how they ended up losing the kids.
[28:23] – Ruth responds to Ashley’s emotional, devastating, and infuriating story. She then invites Ashley to talk about how she found the courage to heal and move forward.
[31:13] – Grief isn’t something that you eventually completely overcome, Ashley points out, and everyone’s journey is different.
[32:23] – Why did Ashley include the letters that she wrote to her kids after losing them in her book?
[33:28] – Ashley talks about how the loss of their children impacted her relationship with her husband.
[35:10] – Was work a relief and escape for Ashley, or just another thing that she felt like she couldn’t do?
[38:22] – We hear about whether there has been a moment that Ashley felt like she had made it through the worst of it, or that things were going to be okay?
[40:37] – Ashley shares the advice that she would give to someone who’s just starting out with a business.
[43:02] – What’s next for Ashley? In her answer, she gives listeners an exclusive sneak peek into her plans!
[45:07] – We hear about the best piece of advice that Ashley has ever received, and why it was so powerful.
[46:30] – Ashley gives listeners some final words of wisdom, then lists the best places to find her online.
[47:43] – Ruth is always excited to hear from listeners! Do you have questions you want to ask her? Topics you want her to address? Guests you’d like to have on the show? Shoot Ruth an email at ruth@livingwellspendingless.com or message her on Instagram and let her know!