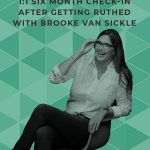 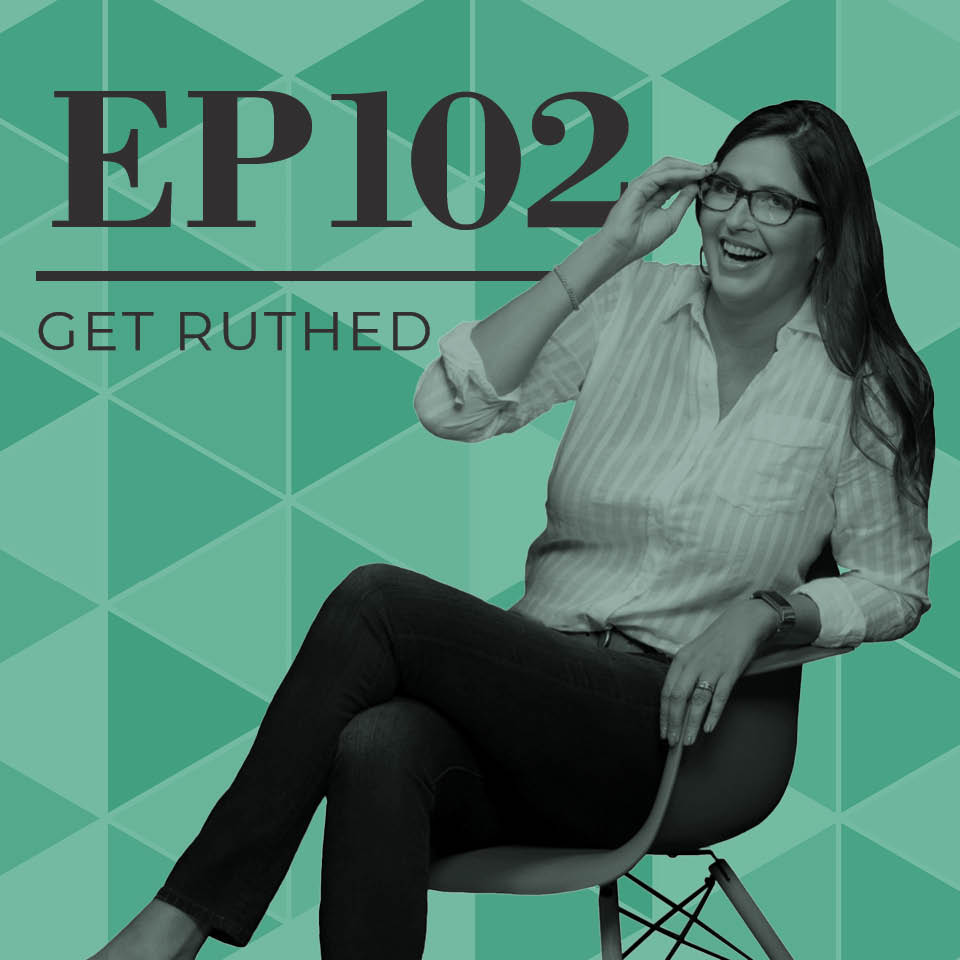 Six months ago, Brooke Van Sickle was brave enough to come on the show, where she Got Ruthed! Now she’s back for a follow-up episode to talk about what she’s been doing since then. You’ll need to listen in to hear all of the details, but I just want to say that I’m so amazed and proud of how well she’s doing and how much she has accomplished since then!

Brooke is the founder of Journey to KidLit, which focuses on teaching children’s book writers how to write and publish their book ideas. In our previous conversation, we discovered that while Brooke thought that her biggest problem was that she wasn’t making any money yet, her biggest problem was actually imposter syndrome. She was letting her fear that she wasn’t qualified or perfect hold her back from accomplishing everything she wanted to do.

I think part of Brooke was using the fact that she was going to self-publish as an excuse. But the fact is that you don’t need to be traditionally published anymore! And even the best excuse is still an excuse. If Brooke wanted to move forward, she needed to eliminate those excuses, take action, and start publishing!

I left Brooke with a three-step plan: self-publish at least three of her 13 completed books, start working on her signature program, and increase her on-site conversion rate dramatically. And now, it’s time to check in and hear how things are going for her!

The day before the conversation you’re about to hear, Brooke had the official launch for her first published book! Isn’t that amazing? And she’s all in, with plans to go to 20 schools in March as part of the launch. While she’s been working on publishing her book, she’s also been working on her course, which she plans to open in May. She’s even started selling products to her list already!

Tune in to learn about how Brooke will be sharing her journey on her blog, how she dramatically improved her on-site conversion rate to 12% this month, what she should do going forward to make more money through her site, and all the amazing progress that she’s made since her first Get Ruthed coaching episode!

[00:50 This episode comes to you courtesy of Elite Blog Academy, a comprehensive program that teaches you to start and grow a successful online business! The doors to this program only open once a year, so join the waiting list at this link to be notified when it’s open!
[01:13] – Ruth welcomes listeners back to the show and explains that this is a follow-up episode six months after its guest first Got Ruthed! She takes a few minutes to recap what Brooke was struggling with, and the action plan they reached in the previous conversation.
[05:47] – If you have a blog or online business, or want to start one, head to the link to grab a FREE copy of Ruth’s bestselling book How to Blog for Profit (Without Selling Your Soul)!
[06:42] – Brooke talks about her very first book, which just launched! Check it out at this link. She also chats about her upcoming plans.
[08:46] – What is Brooke already selling to her list? She answers, then talks about the process of improving her on-site conversion rate.
[10:46] – Ruth and Brooke chat about the specific opt-in strategy on Brooke’s site, with Ruth offering advice on what to change.
[13:13] – We hear about Brooke’s sales page conversion rate, which is pretty good.
[16:09 What else is going on with Brooke’s business? She explains that she’s trying to turn Journey to KidLit into a legitimate business.
[19:19] – Ruth suggests specific strategies, including a one-time offer with a sale price.
20:20 Brooke doesn’t feel like she’s grasping what a tripwire is, she explains, and Ruth takes a moment to go over the topic.
23:24] – An opt-in is the “what,” Ruth explains, and the tripwire is the “how.”
[25:01 Brooke recaps the next couple of steps that she needs to take. Ruth then gives her advice on how to develop her course.
[27:53 We learn that Brooke recently asked her list a question, and the answers reinforce Ruth’s advice.
[30:17] – Ruth talks testimonials, explaining what makes them more valuable and trustworthy.
[31:09 What was Brooke’s biggest takeaway from coming on the show the first time?
32:30] – Ruth gushes over how proud she is of Brooke, and reminds listeners to grab a free copy of How to Blog for Profit (Without Selling Your Soul). Finally, remember you can get in touch with Ruth at ruth@livingwellspendingless.com or on Instagram with any comments, questions, thoughts, or ideas!