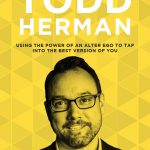 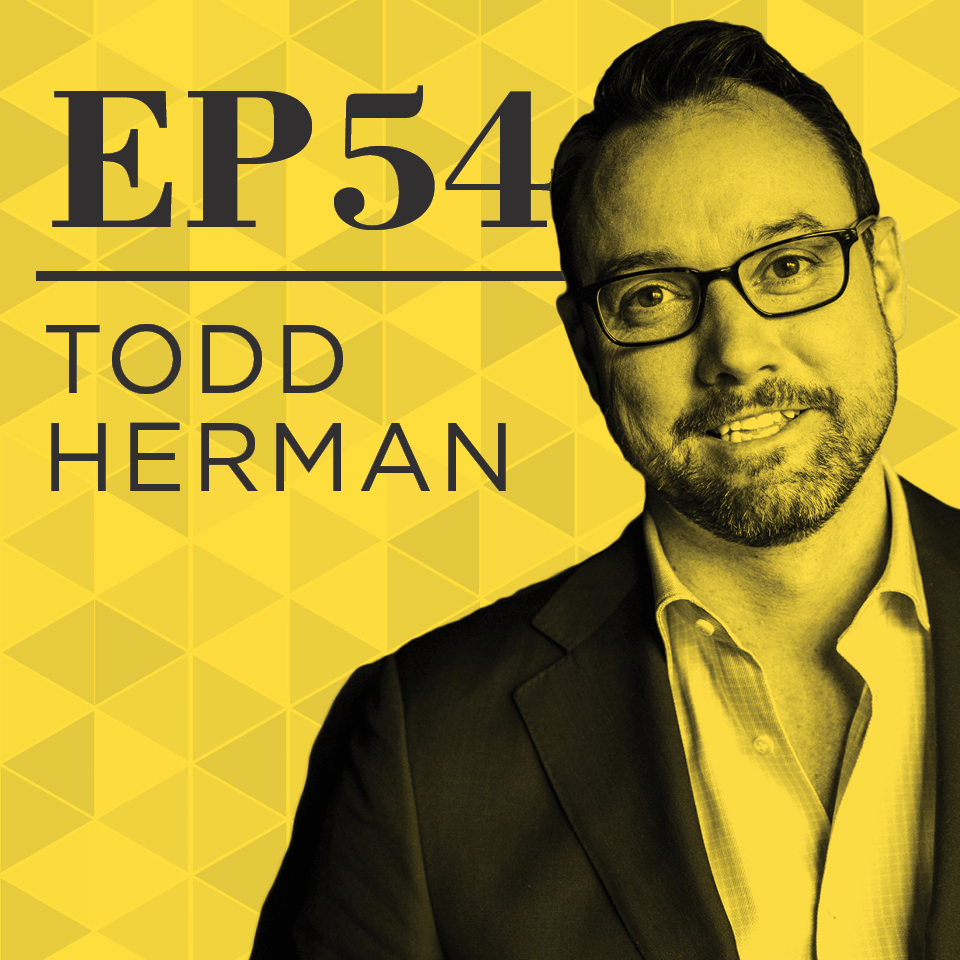 EP 54: Using the Power of an Alter Ego to Tap Into the Best Version of You with Todd Herman

EP 54: Using the Power of an Alter Ego to Tap Into the Best Version of You with Todd Herman

I’m so glad you’re here for today’s episode, because I have a pretty incredible guest on the show. Todd Herman is an elite performance coach and bestselling author, as well as the creator of the 90 Day Year, which has been named the top performance system in the world. If you’re ready to improve your performance and master your mental game, it’s time to take his advice and rethink who you are (and want to become).

Todd does this by using the power of a secret identity to transform your life. As you’ll learn today, he grew up in what he describes as the middle of nowhere in Alberta, Canada. He always felt like he belonged in big cities, and now he actually lives in New York City. He was a nationally ranked badminton player, and reveals that he got there not by being physically imposing, but rather by mastering his mental game.

Eventually, Todd’s personal experience in excelling at sports led to requests for workshops and mentoring for other athletes. He ended up making a profit of under $9 per hour, but he loved what he was doing. As we chat today, you’ll learn how he worked his way from these humble beginnings to working with pro athletes.

Our main focus will be on the incredible power of creating and embodying an alter ego. This, Todd explains, is deeply human and natural; there’s a good chance that you’ve already done so, even if you haven’t used exactly those words to describe the process. By allowing yourself to embody an alter ego, you can do things that your normal self would never dare or dream of doing.

Tune into this episode to hear how you can apply this incredible habit in your own life, and develop your own heroic alter ego. We’ll also talk about why the figurative grout is more important than the tile, how a pair of glasses helped Todd transform into Super Richard, and why the only way to get to the temple of simplicity by walking through the valley of complexity. This is a seriously impactful episode with my new best friend, so definitely don’t miss this one!

[01:36] – Welcome to the episode! Today’s guest is Todd Herman, who’s here to talk about using a secret identity to access the best version of you.
[05:05] – Todd gives listeners a quick introduction to who he is, what he does, and who he got to where he is today.
[06:16] – We learn about Todd’s history in sports, and what his superpower in sports was.
[10:35] – How did Todd go from working in Alberta to starting to work with pro athletes?
[14:45] – We hear more about Todd’s experience in reaching out to Harvey Dorfman.
[16:49] – Todd talks about the value of being willing to be an apprentice. He then uses the example of grout and tile to illustrate a larger point.
[20:42] – Ruth and Todd chat about trying something and seeing how it goes instead of thinking you need to have everything mapped out in advance.
[22:54] – We learn about whether Ruth and Todd have always been the kind of people to just take chances, or whether they developed that mindset over time.
[26:21] – Todd talks about the misconception about when you should say “no” to things.
[29:51] – Where does all the value sit in life? Todd addresses this question, and talks about why it matters not to be afraid of doing hard things.
[32:40] – We hear more about Sara Blakely, and the totem in her story.
[33:57] – Todd talks about his book, which explores the concept of creating a secret identity that gives you courage.
[38:45] – We all carry with us some story that might not be supportive in helping us along our journey, Todd explains.
[41:10] – We hear about some of the leaders who use the multiple-self theory to create powerful alter egos.
[44:12] – Todd shares his own experience in starting his business through the help of creating an alter ego.
[49:46] – Creating an alter ego can also help with trauma. We hear about Todd’s trauma, which he only opened up about recently, and how that experience led to his understanding of the value of alter egos.
[54:32] – Todd explains how the skills that he developed working on mental game topics helped him face the darkness of his trauma.
[56:21] – We hear Todd’s thoughts on authenticity as it relates to functioning through an alter ego.
[58:05] – The reality of life is that some people have some challenges, and the answer isn’t as simple as just loving yourself, Todd points out.
[60:11] – Let’s get practical! How do you actually go about creating an alter ego?
[62:41] – Todd talks about using grandmothers as alter egos, and explains that you need to emotionally connect to the spirit of the alter ego you’re leveraging.
[68:38] – The final step in the process of creating an alter ego is to activate the intention, Todd explains.
[70:07] – You already have the qualities you need to succeed. Todd invites listeners to wonder what else they have within themselves.
[72:10] – Let’s dive into the rapid-fire questions! What is something that has really scared Todd in life, and how has he moved past the fear?
[74:11] – What’s one of the hardest lessons that Todd has had to learn in either business or life?
[74:58] – What is the most common mistake that Todd sees business owners make, and what advice would he give someone who’s just starting their career or business?
[76:17] – How does Todd practice self-care in his life and business?
[77:54] – What is Todd working on right now that has him really fired up?
[79:44] – What’s the best piece of advice that Todd has ever received, and why?
[81:14] – Todd shares some final words of wisdom, and talks about where listeners can find him online.