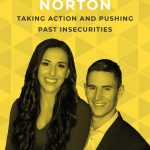 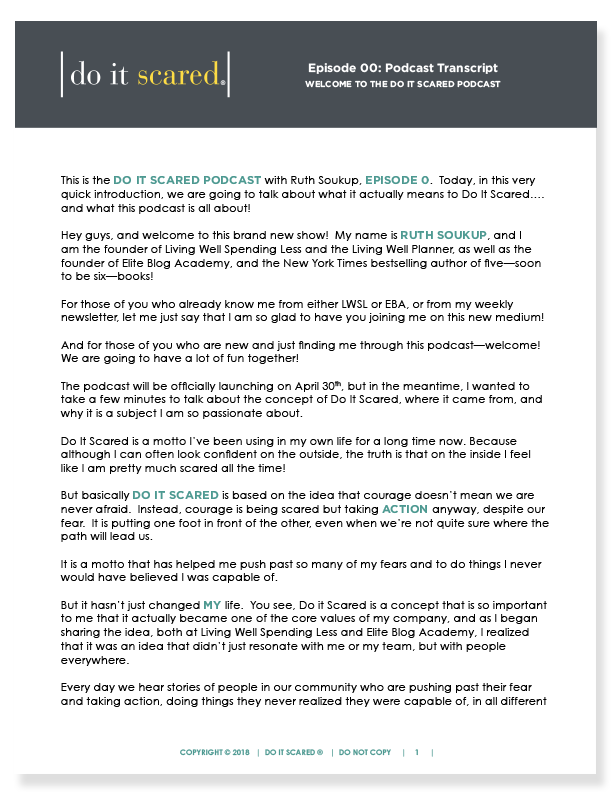 In today’s incredibly powerful episode, we are going to be talking to Chris and Emily Norton, authors of the new book The Seven Longest Yards, which tells their own inspiring true story of courage and perseverance after Chris was paralyzed from the neck down in a college football accident. They first inspired the world when their video of Emily helping Chris walk across the stage at his college graduation went viral and was seen by more than 300 million people worldwide.

Then, at their wedding, they again captivated the world with another walk down the aisle. Since that day, they have fostered more than 17 children and adopted five girls, four of whom are sisters. They have so much insight and wisdom to share, not just on what it takes to push past the most difficult circumstances imaginable, but on how to look beyond your limitations to see what’s possible.

[05:08] In 2010, Chris was playing college football. During what Chris thought would be a routine tackle, he collided with the legs of the ball carrier and instantly lost all feeling from his neck down.
[06:01] He suffered a severe spinal cord injury and was told he had a three percent chance to feel or move anything below the neck again.
[06:19] Three years after his injury, he met Emily. The first big goal that Chris and Emily accomplished was walking across the graduation stage in 2015.
[06:44] Their next big goal was to walk seven yards at their wedding which they accomplished in 2018.
[07:08] Emily’s always had a strong passion to help kids in tough situations. Together, Emily and Chris have become foster parents and adoptive parents to five girls. In total, they have fostered 17 children.
[08:08] They started fostering before they were married.
[08:50] Emily and Chris met online and had an instant connection. Emily felt like she had already known him when they met in person.
[10:01] When Chris was first injured, he had sudden panic and wanted to do whatever he could to get out of the situation. He committed to getting better each and every day.
[12:59] Chris have a lot of moments where he had to grieve what he lost. He first had to grieve being an athlete.
[13:34] He took very small steps of just working hard and discovering that his value didn’t come from his physical movement.
[14:14] The video of Emily and Chris walking across the stage at graduation went viral. They had over 300 million views.
[15:25] Emily and Chris decided that they had to keep working hard and push past their insecurities and failures.
[16:10] When you find moments of doubt, find something you can do that will make progress towards your goal.
[17:09] It was incredible how Chris did everything he possibly could to make his goal of walking across the stage happen.
[18:46] After the video went viral, they received so many messages and requests for interviews. It was a crazy whirlwind.
[20:04] Research shows that we are happiest when we are striving for something.
[20:48] After the graduation walk, Emily suffered from anxiety and depression. Emily always had a sense of responsibility and put all of the weight on her own shoulders.
[22:28] She went away from God and felt like there was no hope. Their relationship struggled and neither of them understood it.
[23:29] She suffered for two years and eventually started going to church and seeing a therapist and getting medication.
[27:21] Emily’s depression was hard for Chris, and he started blaming himself. It was a hard time, and he is glad it’s over.
[29:34] Early warning signs for Emily included not feeling like herself or feeling anything and being tired and having headaches.
[31:52] With depression you have to take that first step and face it.
[32:39] Emily and Chris love being foster and adoptive parents. Emily gives the heavy weight to God and focuses on being in the moment with the kids.
[34:02] A month ago, they had seven kids living with them.
[34:50] Chris realized that the kids really needed a stable environment and someone to give them love and appreciation. It has been a really eye-opening experience for him.
[36:42] Having moments where the children realize that their special or open up for the first time is so amazing.
[40:28] When Chris is on stage, he hopes he is able to help shift the perspective of life challenges of his audience members.
[41:59] At night, Chris and Emily have their private time where they can talk and spend alone time together.
[43:36] Their new book is The Seven Longest Yards: Our Love Story of Pushing the Limits while Leaning on Each Other and Chris wants it to give people hope, courage, and strength to keep going.
[47:05 summer there is going to be the first wheelchair camp for families and kids. This is a free fun camp with activities for people in wheelchairs and their families. It features all of the camp sports in an adaptive way. They also have a film coming out. Chris’s motivational speaking is going great, and they love being parents.
[48:36] For Chris, the best piece of advice is do what you have to now, so you can do what you want to later.
[49:47] Getting help is a strength and Emily’s greatest piece of advice.