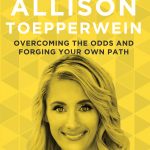 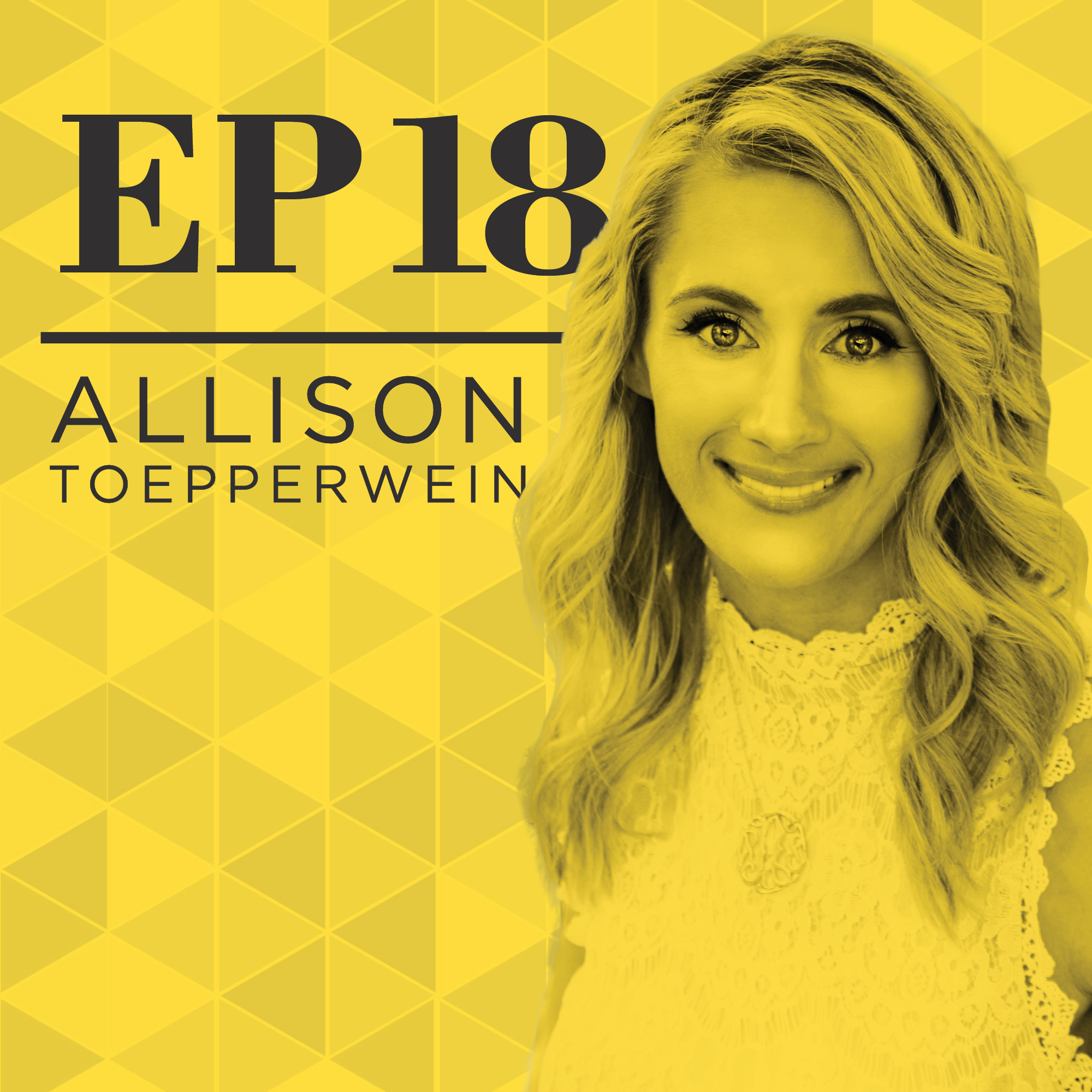 EP 18: Overcoming the Odds and Forging Your Own Path with Allison Toepperwein

EP 18: Overcoming the Odds and Forging Your Own Path with Allison Toepperwein

Welcome to Do It Scared™ podcast! In every episode of this podcast, we’ll talk about how to face your fears, overcome obstacles, and create a life you love! American Ninja Warrior Allison Toepperwein joins me in this conversation to talk about facing life’s biggest challenges head-on.

In December 2014, just a few months after escaping a toxic marriage, Allison was diagnosed with early onset Parkinson’s, a disease for which there is currently no cure. Naturally, she was devastated! She went to bed at 8 PM on New Year’s Eve and cried herself to sleep while everyone else was doing champagne toasts. The next day, she woke up with the sun on New Year’s Day, and decided to face this challenge head-on.

During her divorce, Allison went from 123 pounds (at 5’7”) to just 100 pounds. Between this and her newly diagnosed Parkinson’s, she looked like she was already dying. As she went through all this, she discovered that exercise is the only known way to slow the progression of the disease. With her new resolve to be her best self, Allison didn’t just work out; she became an American Ninja Warrior. Her story is inspiring, and her attitude will blow you away.

Allison jokes that she has a terrible memory for pain, in that she doesn’t remember the pain of prior experiences (like mud runs) and convinces herself that each time will be different. As a result, she’s done several mud runs since her diagnosis. After her first mud run, she joined an American Ninja Warrior Gym. She quickly felt out of her depth, but when she told her trainer that she had Parkinson’s, he just told her that she was strong enough. These were exactly the words she needed to hear.

Last year, Allison went from working for her dad to working for a cancer center in Houston. Because of the long daily commute, she and her daughter moved closer to her job. All of this doesn’t give her the time to train as heavily as she used to, but she still finds that everything has improved dramatically in terms of her health. She has continued to live life on her own terms, and has founded Lit Within to inspire others too! Tune in and be blown away by this amazing woman.

[04:05] – Ruth introduces today’s amazing guest, Allison Toepperwein. Allison then gives an overview of who she is and how her story has played out so far.
[07:27] – We learn about how Allison found her movement disorder specialist, who her neurologist recommended.
[09:51] – Allison describes how much weight she lost in her divorce, and some of the symptoms that Parkinson’s can cause.
[12:36] – We hear about an encounter that Allison had with a couple floating down the river, and how she ended up training for a mud run.
[14:42] – Allison posted videos of her training for the mud run online, and had several people comment that she looked like an American Ninja Warrior.
[15:33] – About two weeks before the mud run, Allison woke up in the middle of the night in extreme pain as she passed kidney stones.
[18:00] – Allison jokes about having a terrible memory for pain, and explains how she took the next steps toward American Ninja Warrior.
[21:10] – When Allison told her trainer that she had Parkinson’s, was it qualifying for herself that if she couldn’t do it, that was why?
[25:20] – We hear about how Allison started blogging about her experience with American Ninja Warrior.
[28:05] – How have Allison’s symptoms been since she began training?
[30:15] – Allison’s neurologist calls her “superwoman,” she explains.
[33:14] – Has Allison always been the sort of person to just face tough things head-on, or did something just click inside of her?
[36:01] – When Allison first separated from her husband, she wanted to have more babies. About a year later, she realized that she just had to appreciate what she does have instead.
[38:03] – We hear about how Allison has dealt with her fear throughout this process.
[40:18] – Has research come closer to finding a cure for Parkinson’s?
[44:57] – Allison talks about her non-profit organization, and what she’s working on right now that has her really fired up.
[52:35] – Are there any final words of wisdom that Allison wants to share with listeners?